a different way of health care 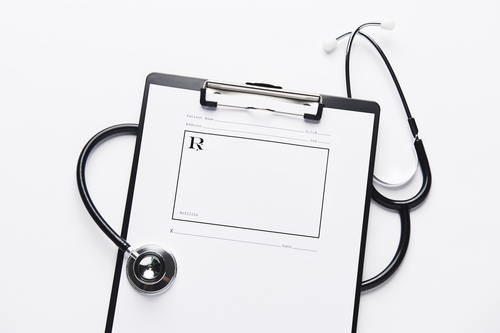 Do you get Schedule C-II controlled medications (the ones that require paper prescriptions)? If so you might be in for a rude shock. A new law went into effect on January 1st, 2019 that requires a new, Department of Justice-designed serial number on every prescription.

The problem is that the DOJ didn’t get the serial numbers defined for the prescription-printing companies until December 27th, giving the entire health care system exactly one business day to design, print, implement, and distribute new prescription forms to the hundred thousand or so physicians in the state.

Obviously, it couldn’t happen. There are only a handful of prescription printers approved by the state, and they have to get the serial numbers, contact the practices for whom they print, get an order, design the forms, get a proof approved, print the forms, and ship them to the practices. I’m guessing, even with all the printers putting in huge amounts of overtime, it will be March before most practices have access to the legal forms.

We expect to have new forms in the next week or two, but I don’t think we can count on it. Our prescription printer is overwhelmed, and mistakes seem inevitable

In the mean time, what can you do? The Board of Pharmacy said it “won’t make it a priority” to prosecute pharmacists who fill prescriptions written on the now-outdated forms. While that’s a nice gesture, it’s essentially telling pharmacists that the Board is reserving the right to take away their livelihood and possibly even put them in jail if they fill a prescription, but they won’t make doing so “a priority.” Most pharmacists are taking the risk, but I’m not sure I would. We can give you a prescription on the old forms, and you can try to find a pharmacist who will fill it. If they do, please appreciate that they’re putting their livelihood on the line to do so. If they refuse, understand that they’re only electing to follow the law.

For a limited time, we have enabled an electronic prescription (e-prescribing) service. Unfortunately, the e-prescribing services we’re reviewed so far do not meet our security standards, and are so cumbersome, expensive, and unsafe that we are unlikely to continue to use them. But if you genuinely cannot get your Schedule II medications any other way, we can (for now) try the e-prescribing route. [Note: as of 04February2019, we no longer have e-prescribing capability, and we won’t unless or until somebody comes up with a much better system than the one we tried.]

I find it interesting that this legislation, that will result in needless suffering throughout the state, was sponsored by assemblymember Evan Low. His Silicon Valley district is home to some of the companies providing e-prescribing services. Was this just a sadistic and cynical move to placate some of his campaign contributors?

Theme by Anders Noren — Up ↑